View source
Macy's Thanksgiving Day Parade Wiki is an unofficial encyclopedia for information related to the Macy's Thanksgiving Day Parade, one of America's best Thanksgiving traditions and a hallmark of the Macy's department store chain. The "Longest Running Show on Broadway" is so momentous that we try to offer it full and complete coverage! We currently devote over 1,600 articles to the Parade's signature mix of giant character balloons, floats, marching bands, performance groups, clowns, music stars and the one-and-only Santa Claus. We also cover other Macy's Special Events and everything else this 95 year-old spectacle has to offer!

We currently have 1,749 articles, have uploaded 19,422 images, and have made 137,672 edits. Want to discuss anything and everything Parade-related? Join the unofficial Macy's Thanksgiving Day Parade Discord Server! 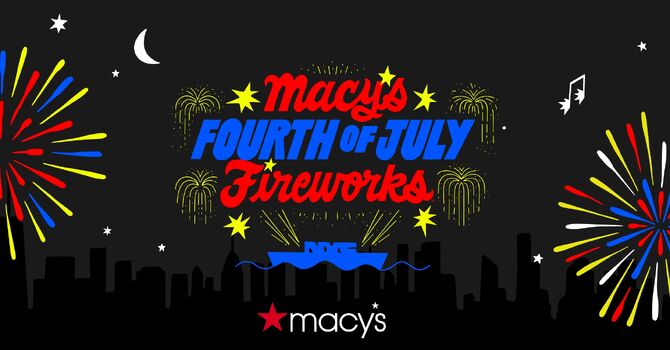 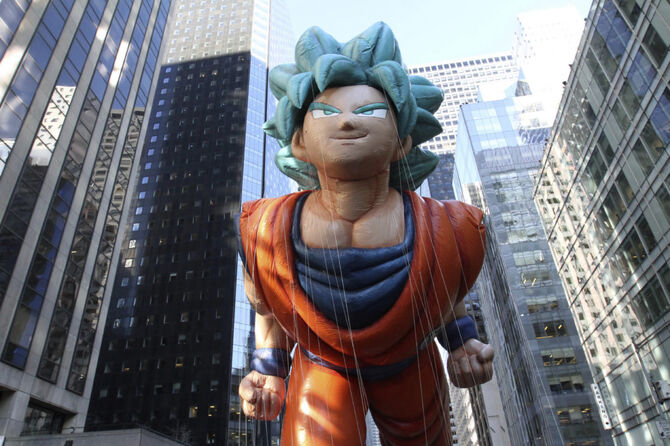 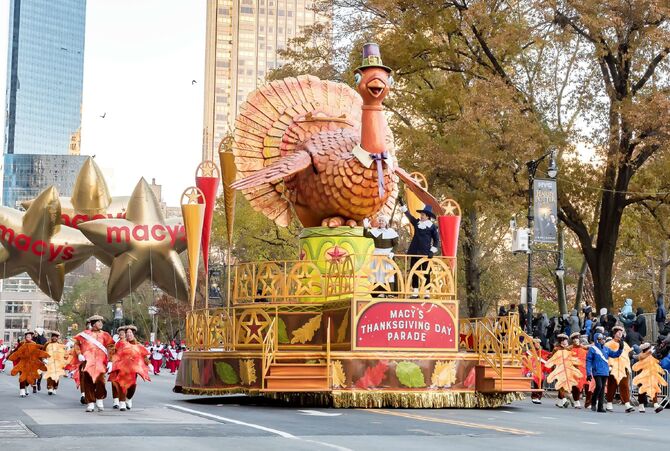 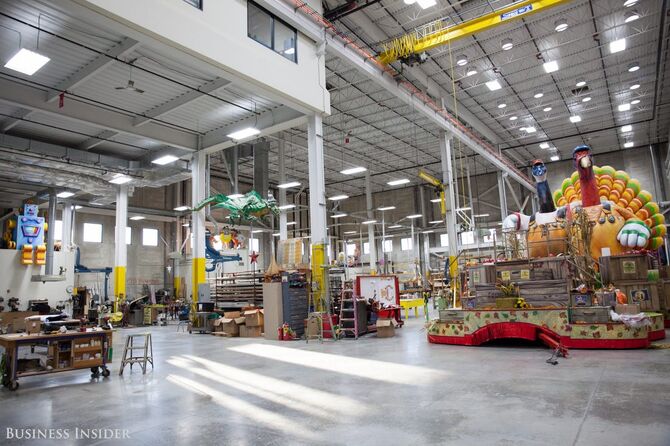 It Starts With A Spark!

Learn about the Parade's iconic balloons!

Discover everything about the Parade's floating wonders!

Learn about where the magic of the Parade comes to life!

Sparks Will Fly at Macy's 4th of July Fireworks: Sparks will fly as Macy's 4th of July Fireworks, the nation's largest Independence Day celebration, ignites the night in New York City on Monday, July 4, 2022. Macy's will present its signature jaw-dropping pyrotechnic salute to America featuring a barrage of 48,000 dazzling shells and effects that will captivate spectators live in New York City and on television from coast-to-coast. Read more.

Spring Blooms At The Macy's Flower Show: Macy's annual ode to springtime bloomed once again at Macy’s Herald Square in 2022, with thousands of stunning flowers and lush plants transforming the flagship store into one of the most colorful destinations in NYC. Over the course of two weeks, beautiful blossoms and the fresh fragrances they evoked came together in a scent-sational kickoff of the season. Read more.

95 and Marching On!: The Macy's Thanksgiving Day Parade ushered in the holiday season as it marched down the streets of NYC for the 95th Parade, kicking off the holidays with a dazzling spectacle featuring its signature mix of giant character balloons, floats, marching bands, performance groups, clowns, music stars and the one-and-only Santa Claus. Read more. 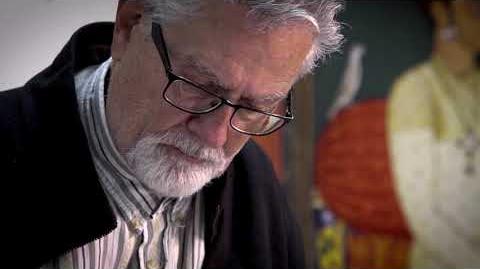 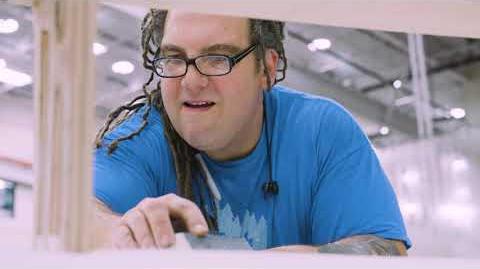 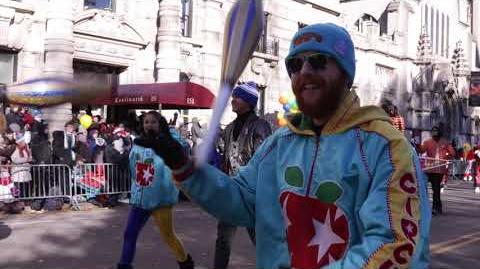 The Balloon Team that creates the larger-than-life character balloons for the Macy's Parade shows you there is more than one way to inflate a balloon! At the amazing Macy’s Parade Studio, Matt, Brian and Tina demonstrate fun inflation experiments that you can do at home. 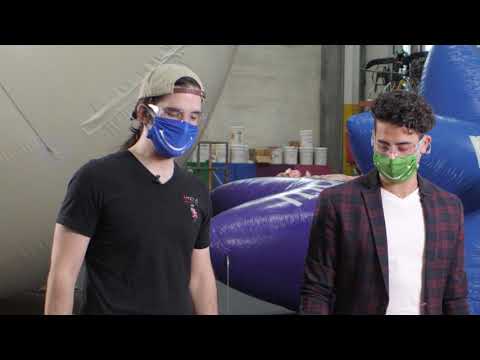 Learn how to build fabulous floats, like the ones in the Macy's Parade, with materials you have at home! In the amazing Carpentry Area of the spectacular Macy’s Parade Studio, experts Lenny and Brett show you how to get your float moving and create anything you can imagine. 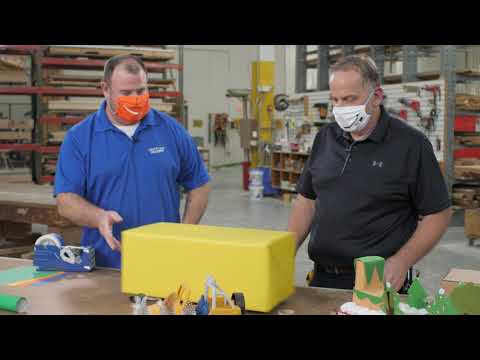 Artists Joey and Lauryn have really fun jobs, they design the larger-than-life balloons in the Macy's Parade! In the remarkable Design Department at the incredible Macy’s Parade Studio, they will teach you the fundamentals you need to design your own gigantic balloon. 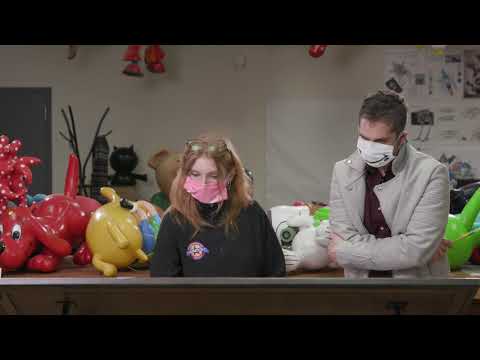 Get a glimpse at how the movable art on the show-stopping floats in the Macy's Parade is made. In the spectacular Sculpture Area of the famous Macy’s Parade Studio, experts Cameron and John show you how to create sculptures using moldable material you can make at home. 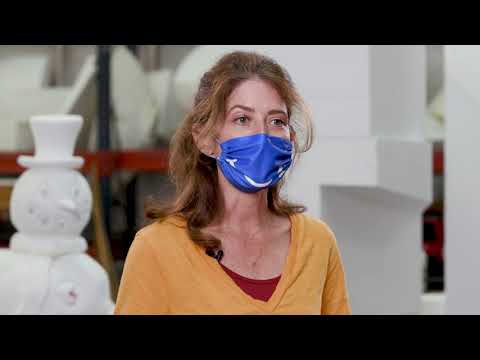 Since the very first Macy’s Thanksgiving Day Parade in 1924, it has always been a way for employees and Macy’s to give back to the community. Over the years, Macy’s has continued to create new opportunities for the Parade to give even more back.

MEALS ON WHEELS - To spread even more holiday cheer in 2020, the Parade team partnered with Meals On Wheels to deliver Thanksgiving meals and big smiles to seniors in a one-of-a-kind, spectacular Parade-themed delivery truck, complete with clown volunteers!

PARADE JACKETS - Macy's donated 500 Parade parkas, the blue and red jackets all Parade Officials wear on Parade day and to events like Rehearsals and Inflation Celebration, to their non-profit partners in New York City last year.

VOLUNTEERS - The Macy’s Thanksgiving Day Parade is Macy’s single biggest volunteer event of the year, with over 4,500 dedicated volunteers bringing the Parade to life each and every year.

STUDENT MUSICIAN SCHOLARSHIP - Established in 2003, by Macy's and The Bob and Dolores Hope Foundation, The Bob Hope Band Scholarship awards $20,000 to an exemplary student musician from a participating marching band.

STUDIO DAY - Macy's works with local schools to visit the Parade Studio for an educational & fun-filled day touring the studio to learn about the engineering behind the Parade. They've also created Parade 101, an online resource with educational videos & worksheets.

Calling all Parade fans! A new community project is in production, and you can help! But, what is it?

Introducing the 1987 Macy's Thanksgiving Day Parade: Reinflated! This collaborative project will bring together balloonatics from around the globe to reanimate the magical pageantry of the 1987 procession, featuring all your favorite balloon stars, fantastic floats and superstar performers galore! The project will be directed by fellow Wiki editor Koreyda2ndninja (aka Korey), and will release on YouTube in the coming months.

If you are interested in participating in this project, please do! Contact Korey on his message wall and ask what you can do to help with this community-driven project. We'd love as many different styles as possible to make this fabulous idea a reality. For more information, please read the blog post that includes links and rules. Once all the pieces are set in place, we can start the procession with those all famous words...